You are here: Home1 / Your Stay In Oxford2 / Food and Drink

Food and Drink in Oxford

In terms of eating, Oxford has a wide range of good restaurants and cafés within easy reach of the conference location. However, we advise you to go to the following places in the City Centre:

The Heritage at the Heart of the University City of Oxford is Oxford Castle Quarter. Its history spans ten centuries, beginning even before the Norman Baron Robert D’Oiley built St George’s Tower and the Mound in 1071.

The site has served time as a Royal Castle, from which the City and upper reaches of the Thames Valley were administered, as a centre of justice, and for several hundred years – a Gaol – hidden from the public view behind impenetrable 5 metre high stone walls. This remarkable place has now become Oxford’s Oldest New Quarter. The historic buildings have been restored and appropriate architectural additions have been made. A truly urban environment has emerged, with new and easy public access on all sides to reveal a host of exciting surprises.

Apart from the abiding Heritage of the site, it offers many other facilities. Accommodation is provided in 40 unique apartments and, for the shorter term guests, Malmaison Hotel is crafted within the prison walls – a charismatic place to stay with the famed Malmaison-style interpreted in unique buildings.

Beside the restaurant and bars in the hotel, other new places to wine and dine have been opened – each with seating both inside and in the open air.

The visitor attraction, Oxford Castle and Prison, brings the site’s history to life, opening a whole new perspective on Oxford. Visitors can climb the Norman Castle Mound and enjoy panoramic views from the top of St. George’s Tower, while centuries of prison life are revealed within the 18th century buildings, taking the story across 1000 years, right up to living memory. The very heart of the City offers the best in hotel hospitality, unique shopping, great restaurants and bars, visitor interpretation, visual and performing arts and 1000 years of Heritage.

A visit to Oxford Castle Quarter is not to be missed or ever forgotten!

The Hardest Oxford Pub to Find

Christopher Middleton, writing in the Telegraph, said of this pub, “You could have been visiting Oxford for the past 600 years and still not found The Turf Tavern.” That about says it. Finding this fascinating little pub with its very long history is something of a challenge.

Turn down New College Lane, across from the Bodleian Library. Pass under Oxford’s much-photographed Bridge of Sighs and almost immediately turn left into St. Helen’s Passage, an alley so narrow you may not be able to spread both your arms. It used to be called Hell Passage. In Evelyn Waugh’s Brideshead Revisited Charles says, “The Turf in Hell Passage knew us well.”

The passage widens and narrows as it turns corners. About 150 yards along–just as you think you are lost–the tiny Turf Tavern comes into view. Go straight ahead through a tiny, green door or follow meandering passages to the right and left into beer gardens. The Turf may not be Oxford’s oldest pub but its ancient foundations support a warren of small, oddly shaped rooms, connected by narrow passages, small staircases, and two small, busy bars.

An easier way–but so much less adventurous and not anywhere near as much fun–is to enter Bath Place, a cobbled pedestrian lane, off Holywell Street. The pub is about 300 feet along from this direction.

Centred in the middle of the City, accessed either from the High Street, Market Street or through the Golden Cross in Cornmarket Street the Covered Market welcomes its visitors with an array of colours and aroma’s.

Visit us soon and enjoy personal bespoke customer service together with first class products. The Covered Market is open to the public from 8 am – 5.30 pm Monday to Saturday and 10 am – 4 pm on Sundays. Each business has their own opening times and days so please check ‘Traders’ to see individual businesses.

The building dates back to the 1770’s and has a long, varied and interesting heritage. The Market has always been an attraction for visiting tourists, providing a unique showcase for the very best in local crafts, food and drink. We are proud that the majority of our businesses are independent and with some going back generations.

With over 40 traders selling food, gifts, shoes, fashion, flowers and jewellery to name but a few it is the unique ‘one stop shop’. No one coming to Oxford should miss a visit and with the continued support from local residents, students and businesses it will continue to thrive.

The Westgate Centre is a major shopping centre in Oxford city centre, England, that was extensively remodelled and extended between 2016–17. The original centre was built between 1970–72, designed by Douglas Murray and built by Taylor Woodrow.

Westgate is home to more than 20 restaurants, bars, cafes plus food on the go. Spread over 3 floors including the stunning Roof Terrace with al fresco dining and an eclectic mix of fine and contemporary casual restaurants and bars, Westgate offers an extensive range of food and drink to delight even the fussiest eater.

Alderman William Boswell, who lived at130 High Street, built the present Kemp Hall in his back garden in 1637, and this date remains over the doorway of the building.

According to Anthony Wood (English antiquarian), “Kemp Hall” was an early university hall named after John Kemp, Archbishop of Canterbury.

In 1870 Honour & Castle altered Kemp Hall for use as a police station. When the New Town Hall

complex was finished in 1897 the police moved to purpose-built premises in Blue Boar Street, but the alleyway leading to Kemp Hall was still known as Blue Lamp Alley in 1937, forty years after the police had left. Now it’s called Kemp hall passage.

From 1906 to 1925 the Kemp Hall Press occupied the building, and it was not until 1928 that it became a place to eat. Mrs Daisy Hoare opened tearooms here that year, but by 1930 she and her business had gone up in the world: she was Mrs D. Hoare MBE, and the tearooms were now the Kemp Hall Restaurant. By 1947 there was a new proprietor, S. R. Crawley, and the cuisine was “Anglo-Chinese”.

By 1962 the restaurant had become an Indian one, and was called The Moti Mahal. But its most famous period began in 1966, when André Chavignon opened La Sorbonne here: his chef in the early days was none other than Raymond Blanc, now the owner of the famous Manoir au Quat’saisons! La Sorbonne closed in the early 1990s, and a restaurant that has in its time been Chinese, Indian, and French is now Thai.

Chiang Mai Kitchen was set up in 1993, taking its name from northern city of Thailand, with the aim of providing delicious, authentic, cooked to order Thai food in a beautiful and unique historic setting.

Much of the original oak panelling still remains along with a beautiful carved oak staircase.

The restaurant is divided into 3 separate rooms catering for all party sizes, from a romantic evening for 2 up to a party of 33!

The Trout Inn (outside the City Centre)

If you wish to get a glimpse of the Oxford landscape, please go to the Trout Inn

The Trout Inn is a premium pub, bar, and restaurant with its very own garden, centrally located in the heart of the picturesque town of Wolvercote.

Steeped in history yet with a thoroughly contemporary twist, The Trout Inn is a 17th century pub that provides a truly special setting to dine, drink and catch up with family and friends.

Positioned on the banks of the River Thames in Lower Wolvercote, North of Oxford, The Trout Inn is a unique British pub that provides the ultimate destination to escape the demands that come hand in hand with everyday life.

With its stylish interiors, distinctive features, and links to literacy and historic greats such as Lewis Carroll, Colin Dexter’s Inspector Morse, Rosamund the Fair, and King Henry II, this pub will open your eyes to a world of fascinating history and culture.

No mission statement, no gimmicks, just good quality home cooked food at reasonable prices, served in a convivial environment. People still beat a path to our door after all these years, because we are original and proudly independent.

We have a reputation for being vegetarian, but have always offered a wide range of food, catering for carnivores, vegetarians, vegans and coeliacs. Since all our food is home made we have full control over what goes into it, very reassuring for those with allergies or on special diets.

Our seasonally changing menus use fresh ingredients from local suppliers and we are one of the few restaurants who can boast that we bake our own cakes, offering no less than 12 different varieties and fresh scones every day.

The managers have clocked up over 45 years between them and are committed to the Nosebag’s original ethos. Our main appeal lies in offering a consistent product in an ever changing market place with high streets dominated by chains.

The Nosebag was founded in 1971. The premises had previously been a bookshop so work was needed to transform it into a restaurant. An architect named Chris Rayson set to work exposing the beams and restoring some of the original features. He also provided the donkey logo which is still in use today.

Being an upstairs venue the chances of success were thought to be slim, but thanks to an enthusiastic team and an outstanding cook the Nosebag got off to an impressive start and featured in several articles, including the Good Food Guides of 1972 and 1973.

(off Richmond Road, opposite the Synagogue) 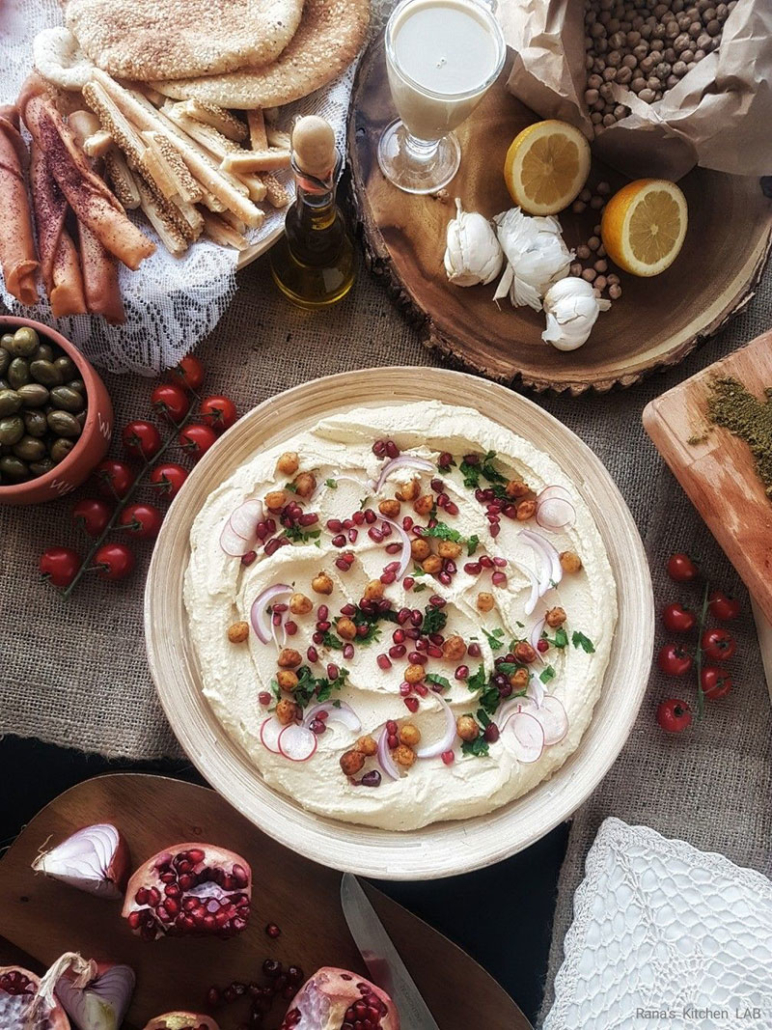 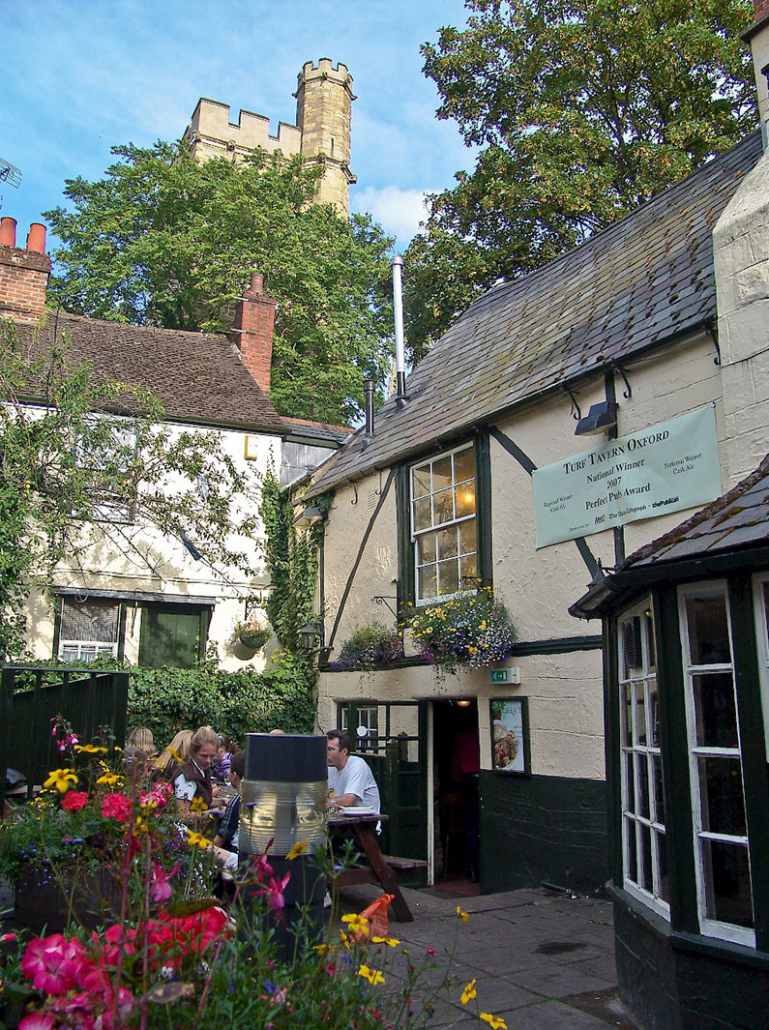 Because these cookies are strictly necessary to deliver the website, refusing them will have impact how our site functions. You always can block or delete cookies by changing your browser settings and force blocking all cookies on this website. But this will always prompt you to accept/refuse cookies when revisiting our site.